We are ALWAYS looking for new players, so if you’re interested just come down for a look and a chat  – Give Rugby a try – you never know, you might just love it !!

Up to U8’s the girls play on the same teams as the boys.

At Portumna rugby club boys and Girls play together up to U8’s and then after there are girls only teams at U10, U12, U14 and U16.

A lot of hard work has gone into getting these teams off the ground by a small but dedicated coaching team and it has been a magnificent success.  The skill and dedication of these girls are raising serious eyebrows around the club and everyone can see that there is huge potential for this side of the club to grow and grow.

This is brand new for the 2018/19 Season, but we are very hopeful of a great season.  A number of the girls would have played with Portumna on a mixed team last season and more are coming down, having never played before, for a look to see what al the fuss is about.

The U12’s are thriving at blitzes in the mini rugby section, while the U15 after a highly successful 7 a-side portion of the season are just now getting into the 15 a-side game and loving every minute.  New girls are always welcome, even if they just want to have a look and see what all the fuss is about, Portumna RFC always try to be as inclusive as possible and would always work to the motto that you don’t have to be from Portumna, you have to want to play rugby.

U10’s and 12’s train on a Sunday morning at 10.30 and play blitzes on a number of Saturdays  and Sundays during the season. 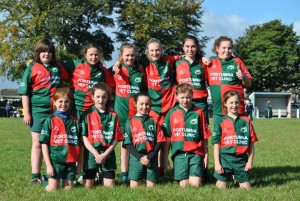 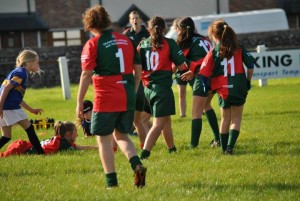 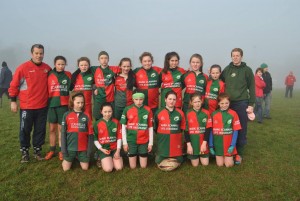 The Portumna U14’s U16 girls have gone on from success to success. They have played a number of league and cup games as well as appearing at half time in the Ireland V England Women’s 6 Nations international.

They train on a Wednesday evening at 7pm and on a Saturday morning at 10am.  Matches are normally on a Saturday during the season 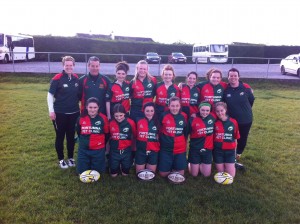 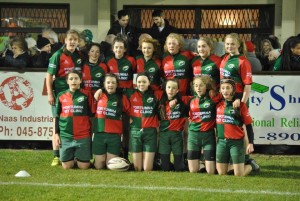 Team at the 6 Nations Match

Such was the success of the girls rugby that the U12 and U15’s got jointly nominated and shortlisted for the 2014 Galway County Council Cathaoirleach’s Community Awards in the Sports Section. 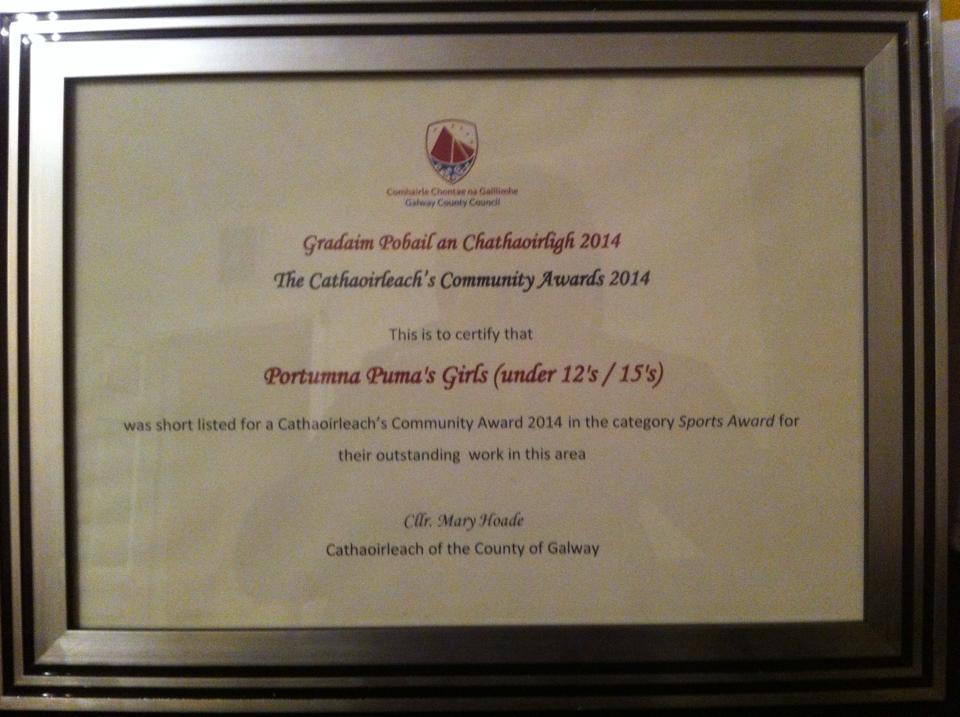 How do I Play Girls Rugby?