Portumna RFC claim the J2 League for the first time

Portumna RFC beat Corinthians 22 – 15 at the Sportsground to claim the Connacht J2 League title . This marked Portumna’s first ever senior Connacht title and the joyous scenes at the end of the match showed how much winning this maiden title meant to the team and supporters.

The match itself was always going to be a very interesting affair given that Corinthians had beaten Portumna soundly in the Ard na Cregg cup the previous week in Ballinasloe. Both sides to their credit played outstanding rugby from the outset of this league final and both clubs should be proud of their respective performances

Corinthians started the game brightly and applied immense pressure on the Portumna defence. Two penalties for Corinthians were answered by a penalty by Portumnas Gavin O’Toole. Corinthians defensive capability was tested strongly towards the end of the first with Portumna applying pressure with their offloading game and also some hard running through their backline.

At the start of the second half, Portumna again applied pressure on the Corinthians defence. The line held firm and indeed Corinthians applied their own pressure on the superbly marshaled Portumna defence. A break away try by Portumna wing Ciaran Scully in which he showed great skill to grubber kick and control the follow to score the first try of the game. A missed conversion meant Portumna took an 8-3 lead. Corinthians from the kick off again probed and attacked at every opportunity. Again Portumnas proved more than capable of holding their line until Corinthians finally got an unconverted try to tie up the game.

From the kick off  of the second half, Portumna attacked the Corinthians line and got their reward when a brilliant individual try by center Michael Tuohy gave Portumna a lead at a crucial stage of the game. O’Toole converted which meant that Corinthians needed a converted try just to tie the game. Corinthians were forced to chase the game from deep and a knock on by Corinthians allowed Portumna winger Paddy Dolphin to score a try which again O’Toole converted. 23 – 9 up with only a few minutes remaining, Portumna had one hand on the title. But Corinthians never gave up and got their reward with a converted try which left only one score in the game. Portumna calmly held on to close out the game and win their first ever Connacht title.

Portumna RFC would like to sincerely thank all the squad and management for all the hard work they put in during the year to help make this victory happen. We would also like to acknowledge all of our sponsors without whom the club could not operate.  Finally, to all those supporters and former players who have been behind the club for all these years, this victory belongs to you as much as anyone else . 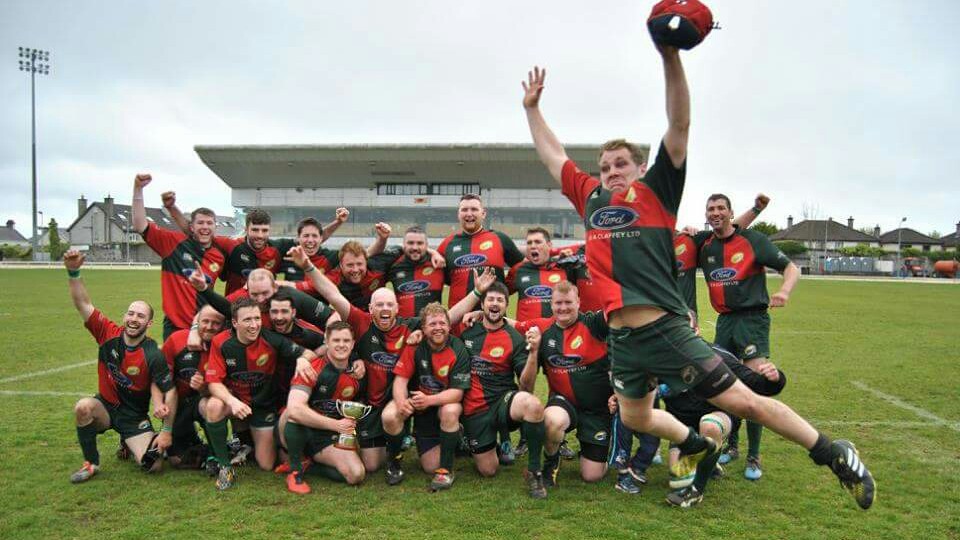